Kevin Kline and Our Giddy Brush with Greatness 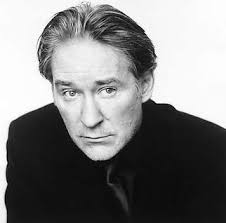 Here’s the thing about stratospheric celebrities. I hesitate to even mention this, because I’ve already received a few eye rolls, but overall, people have been squealing and fawning and just generally embarrassing themselves like I have, so let me just say that KEVIN KLINE WAS IN THE KING’S ENGLISH BOOKSHOP TODAY!* Otto from A Fish Called Wanda, Nathan from Sophie’s Choice, Big Chill man was right in front of us, walking and talking! Good gravy, it was exciting. I like to think that our shop has some class to it, but all of that fell away pretty easily once someone whispered, “I’m not sure, but I think KEVIN KLINE is out there!” So of course we all started grinning like jackals and took turns very subtly walking behind him in our nonfiction room and then mouthing to each other, “It’s him! It’s definitely him!”

We essentially turned into idiots. And then we hung around at the front desk because we knew he couldn’t escape without walking by us. We tittered for a bit in the interim. And when he finally walked through our main room, instead of keeping my mouth shut (which I can’t do), I said, “Mr. Kline, I just want to let you know that we’re going to try not to fawn over you, but I can’t make any guarantees.” He said, just the way you imagine Kevin Kline would, “Hmm. Can I do anything to help?” He was charming and friendly, not that we had the ability to be objective about it, and he stuck around and chatted for a bit. He answered our questions, talked about his family and his films, asked about religion, asked about Salt Lake architecture, and managed to fluster Betsy a bit when he shook her hand. It was excellent, and when it seemed he was about to leave, we offered him chocolate, and he actually took it and stayed a while longer. He was very normal and nice, or acted normal and nice, but we know it was genuine, because just before he left, he said, “Well, I have to go ACT now.”

*And! The reason he came in to The King’s English in the first place is because Treat Williams told him what a great bookstore we are. We were recently privileged to sell his (Treat Williams, that is) wonderful new book, Air Show!, at the Utah Humanities Book Festival, and we’re still flying high from our Jimmy Carter visit last week in honor of White House Diary, so with Mr. Kline on top of everything else, we are now officially famous and puffed up. Come by and share the love!

This entry was posted on Saturday, November 6th, 2010 at 4:32 pm and is filed under Book News, Store News. You can follow any responses to this entry through the RSS 2.0 feed. You can leave a response, or trackback from your own site.

2 Responses to Kevin Kline and Our Giddy Brush with Greatness